For the past couple years now I’ve almost exclusively been rockin’ garms customised by myself, and intend to continue doing so for the foreseeable future. Reason being – although there’s plenty of known brands that I don’t need to name that’ve been supplying stylish quality clothing for time. This era of Hype and overbearing brand culture seems to have informed the misinformed concept of style. Kids seem to be lost in the “Supreme Sauce”.

Originally brands like Supreme used to be a symbol that represented skaters and style conscious youngers of a prior generation – myself included. People who wanted to present their character and culture through their clothes.

So for me and a new generation of young people who’re returning to expressing their style – not fashion sense; their ‘style’, by building independent brands, investing in indie brands and customising their own clothes, is and continuing to be a growing trend I – in me own little way – are trying to contribute to.

As JME once said in the Wileys Classic Club-banger ‘No Qualms’ “I wear my own garms” and that’s become a way of life for me. Not just coz I wanna shit on corporate driven youth culture, but to genuinely express style and individuality, also an attitude that seems lost in young London today.

There’s nothing wrong with droppin’ two-two Supreme or Two-Two Palace or two-two Ralphy, but – if you consider yourself a style focused individual – just do it for the right reasons; because you genuinely rate the piece. Or, as a status symbol – but to be blunt if you’re that insecure; I’d slylee recommend you stop spendin’ on the Supreme and start spending on a therapist. Because in reality, men and women head to toe in Primark clobber are arguably more stylish than some of these generic hypey heads out here purely because they buy based on taste and on not trend. It’s not about what you own, it’s about “owning” it. 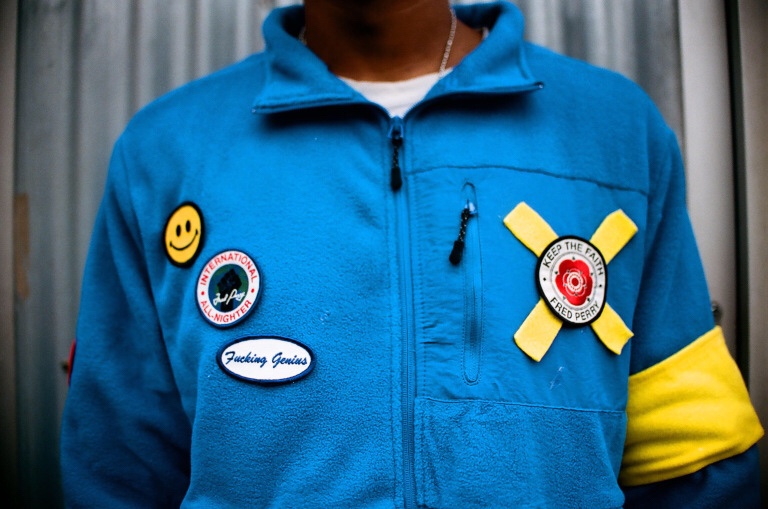