From his humble beginnings blogging on BNTL back in the day, to co-owner of one of the most prestigious new creative agency’s Superimpose who now have a client base including Adidas Global and Hermes. I sat down with Ollie to discuss how new project ‘Public Outry‘ to get a clearer idea of what it actually is, what Ollie intends to achieve.

We ended up having a long conversation that would’ve been a silly amount of text. So, instead you can read the core (and in my opionon the most import area) of our discussion; with the option to listen to our full 20min conversation in podcast form – layered with riddims for added vibes – the choice is yours.

O: It’s an open source social platform that works with contemporary Artists, to use their creativity and their influence to shine a light on issues raise, and faced, by the underrepresented.

T: Okaaay. Tidy answer. You may’ve balls’d up some up my other questions but, nice. *laughs* Anyway, next question:  Considering your Marketing background and relationship with the art’s ; would you agree that the Art’s and Artists are being greatly underutilised in promoting social progression?

O: Yeah completely being underutilised… but I think it starts with the artist. I’ve had great debates on instagram about this, and… if you’re creating work you need to commenting on social issues… what influences your work? You look out your window – shit’s fucked up! But,you go to your studio and you know, (just) paint some pictures or just draw flower; d’you know what I mean? It doesn’t really make sense to me. So, as I said, I think it does start with the artist, and artists really need to use their platform… It doesn’t need to dominate your work, but damn, you can do both? Just comment, have an opinion. But people right now just wanna get paid! I wanna get paid too; but you can do both.

T: So, artists are being underutilised, but we can agree it’s their fault because they aren’t creating the work…

O: They’re too worried about paying their mortgage… 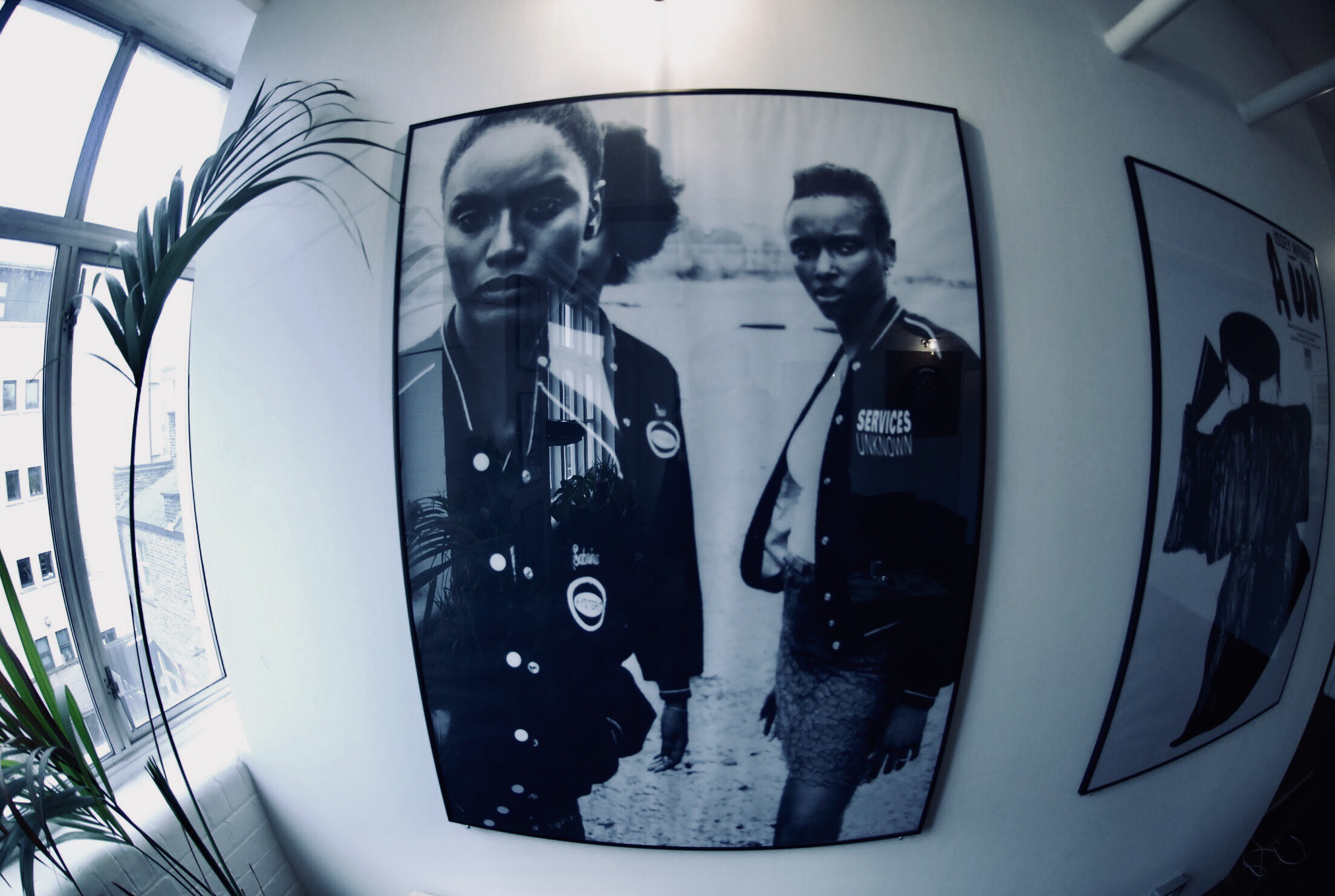 T: Do you think that artists that choose to exist in London may exhibit this attitude more commonly, and do you reckon there’s potential for other cities to have artists with a more similar ideology to what you were saying?

O: It’s hard for me to know… we were talking about ‘Culture’ this week, and what does culture even mean? And for me, it’s an opinion, a comment and expression of your surroundings. So, for an artist in London, it’s never been in a worst position. With the housing crisis in particular it’s insane. So, as an artist you should commenting on this… you should voice your concerns.

T: Could you make the argument that the artists are able to exist; A – come from a background that can support the lifestyle financially and B – even have the attitude we just mentioned? Considering the presumed financial privilege of these artists may inform a less concerned view of their community.

T: Once upon a time you had your squatters and that culture allowed to be completely broke and make uncompromising Art; but I think we’re living  in a economic landscape where that  isn’t possible…

O: Completely! And that’s a massive question firstly and secondly to try and answer that. Unfortunately in London to survive as young creative you’re gunna need some support. That bar job that you could’ve had 10 years ago that could pay your rent and allow you to save some P, and go out and drink – that don’t exist man. You need a few jobs! No we’re in a position where the creative space is dominated by  those who’ve came through with – I don’t wanna use the term ‘silver spoon’ but financial support. A lot of what we do here at Superimpose is influenced by lived experience. These guys who’ve been wrapped in cotton wool their whole lives; what can they show in their art? And, that’s the big question? That’s a massive-massive-massive question and a problem London’s facing right now, but that’s not what I’m trying to solve with ‘Public Outcry’.

Our 2-colour screen print launch poster looking 🔥🚨. You can still bag a copy by donating at public-outcry.com, link in bio. Issue #1 coming soon. 🌍

T: Nah, but it’s something needs to be addressed and acknowledged…

O: Yeah, Sadiq Khan’s doing his thing for the night life scene which informs a lot of art, so that’s a good start. 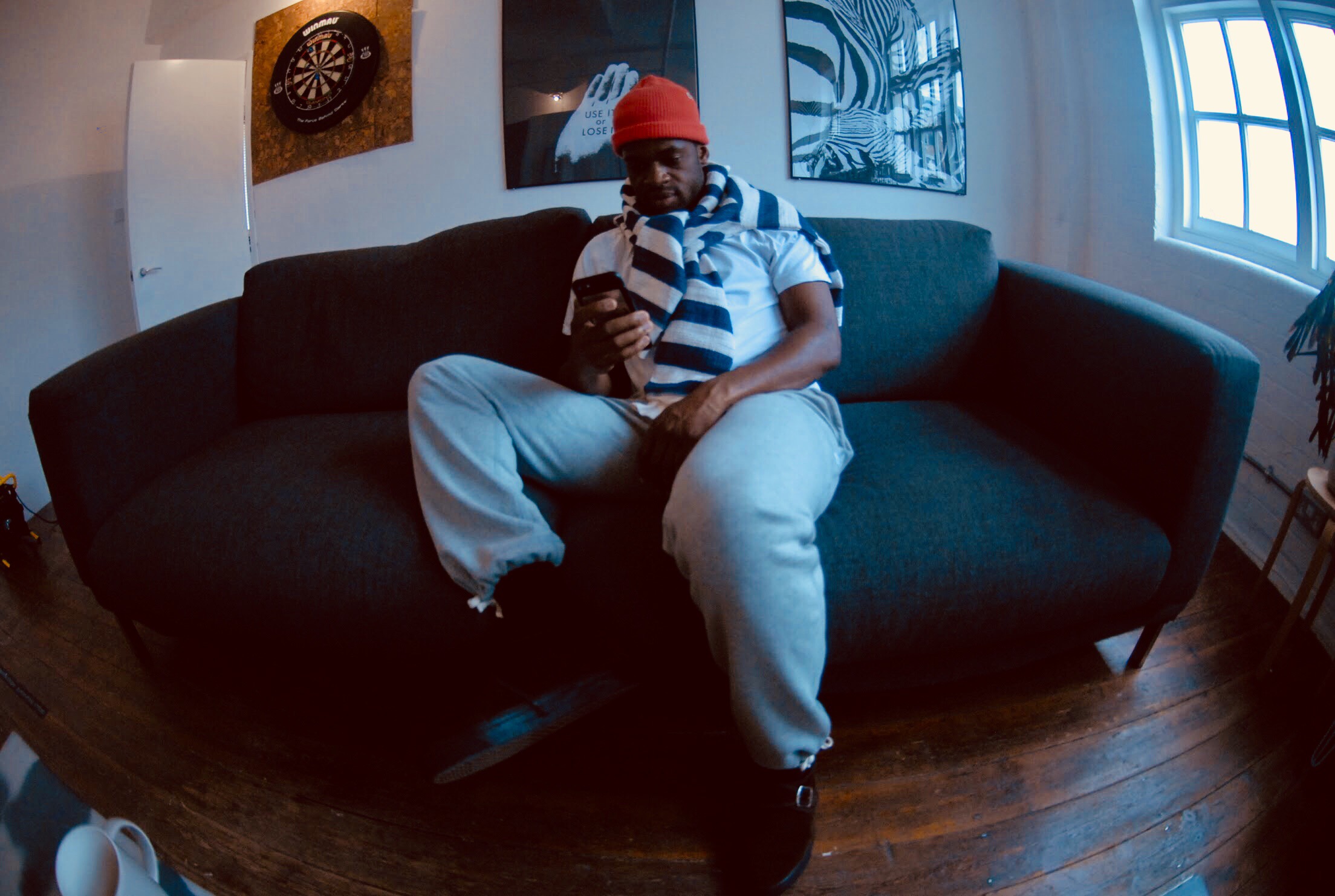 We went on to discuss more topics regarding the Superimpose agency and ollies many labours of love which you can listen to below:

Biggup Monsieur Dangereux and the Superimpose crew. More interviews to come so keep it locked.