After a short hiatus the weekly need to know news round up is back and will be back every week from here on out. **Editors Notes**
Rashan Charles:
It has now been confirmed that Rashan Charles did not swallow controlled substances before dying in police custody. So, the Police still have a number of questions to answer. Gal-Dem, a news and culture publication suggests the following: 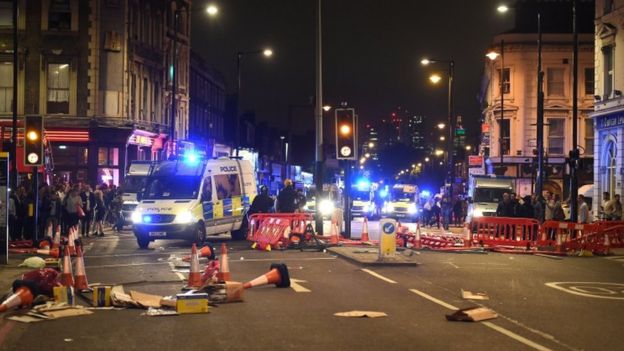 As more of the truth around this tragedy emerges, it further justifies the anger at his death and the absurdity of labelling protest as “riot”, with much of the media documenting only the most sensational aspects of what began as peaceful vigil and protest for answers.

Watch out for acid!:
With a recent spate of terrifying acid attacks across east London, it has brought the issue to everyone’s attention. But the reality is that attacks like these have been occurring for centuries in the UK and, until recently, almost only affected women and in particular Asian women, as victims of domestic violence. The numbers of women affected has been growing – 144 attacks were recorded by NHS hospitals in 2011/12. In September 2015, the Guardian reported that acid attack admissions had almost doubled over the previous ten years. With cuts to services that provide refuge for women escaping domestic violence, their exit routes have been shut increasing the threat and likely persecution of women. The UK has one of the highest rates of recorded acid attacks in the world and, most worryingly, of the 2078 crime recorded between 2011 and 2016, only 414 resulted in charges being brought. One small positive of the recent rampage in London, which affected a number of men on motorcycles and brought the issue to everyone’s attention (now not limited by gender or ethnicity) it looks as though the UK government may change the law. Let’s hope this will also mitigate some of the attacks on women, in particular among Asian communities, but it should not have taken the crime to extend to men of various ethnicities for society to address this heinous crime.

The Right to be Ignored:
Enhanced UK data protection laws have been proposed by the country’s digital minister, Matt Hancock, that would mean we could request things that we have posted when we were younger to be deleted. Companies that ignore requests could face bigger fines and the laws also apply to things such as browsing history, IP addresses and cookies. This would give us more privacy online and also save the shame of our Myspace accounts from 2003 coming back to haunt us. More info HERE
The UK Housing crisis:
Among the many diabolical issues raised by Grenfell was the state of the UK’s housing crisis, particularly in light of the council’s struggle to rehouse the survivors of the tragedy; even under the watchful pressure of a media storm. The UK’s housing problem is a generational one with about 40% of all residential properties owned by only a fifth of the population – the over-65s. Young people can only afford to buy with the help of the ‘bank of mum and dad’ meaning that those from more modest means look ahead to a lifetime of renting, which is a major issue in London where rents are sky high and landlords can take advantage with inadequate housing.

The Economist predicts that the government should be building about 300,000 houses a year to meet the rising demand for housing. Adjusting some of the taxes levied on house purchases could also make it easier for families to afford to buy and the rest of us to aspire to it one day. However, Theresa May has demonstrated no desire to address the issue, proposing nothing more than “tweaks to a broken system”. Corbyn, on the other hand would like to see a huge expansion of public housing; similar to that under the Labour governments of the 1970s, which accounts for some of the best social housing in the UK. If he sticks to this, and we pay attention, it could really help Labour if and when another election is called. In the June election about half of all private renters voted for Corbyn, showing increasing support from the vast majority of us that will probably never own our own homes and look to the government for solutions to this crisis.
POSTED BY HANNAH