Dancehall collective and British aficionado’s of the sound, scene and culture known as ‘The Heatwave’, after over a decade in the game have made their first steps in the production side of the industry. Having shutdown raves, parties and festivals across the globe, as well promoting their own notorious night ‘Hot Wuk’, on top of holding down regular slots on Rinse FM, affirm their place at the center of the British Bashment sphere. 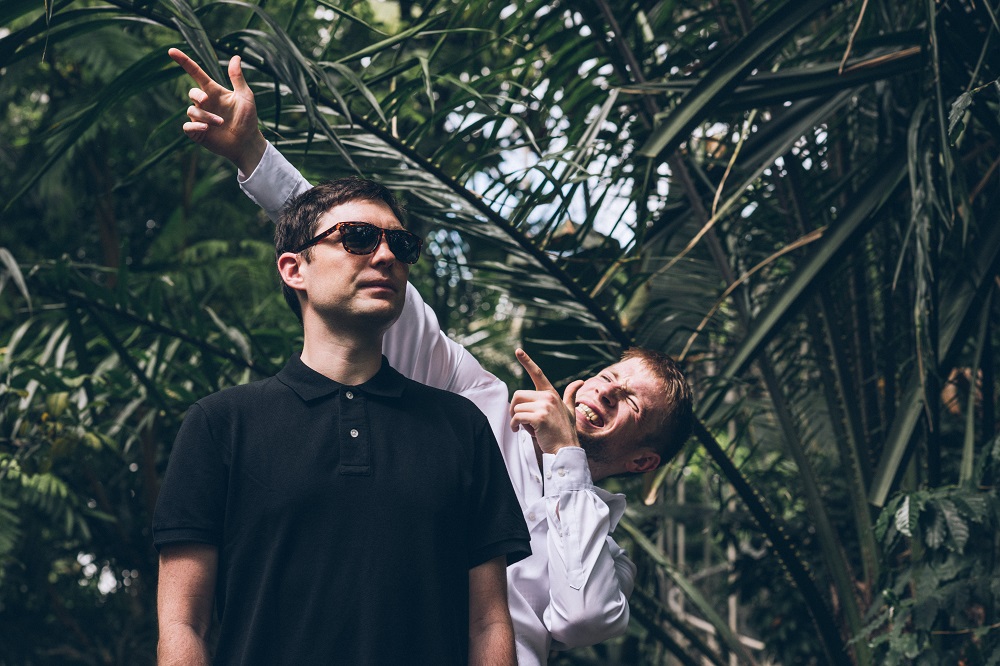 Since the release of their first single ‘Stopwatch’ featuring UK Dancehall artist K’More, the team have taken their musicianship to a higher tier when they enlisted the stylings of Jamaica’s legendary Dancehall artist Ding Dong – made his humble entry into the Dancehall scene as a Dancer in his teens. A child of the Jamaica’s Dancehall street culture, dancing at street parties from the age of 14 in the 80s – before transitioning into the major mic-man he is today. “It (The Heatwave Collab) came when I was introduced by fellow friend ‘Carlene’. She told me about ‘The Heatwave’ and that they were doing a project in Jamaica, of Jamaica – where they were going to record songs with the Dancehall artists. Because they’re playing straight Dancehall, but on a Major Lazer level I was like ‘Woah!’. We need this movement out there in the world and I thought it was great so I jumped on the opportunity to be a part of the whole movement.” Say’s Ding Dong on the UK link up. Since collaborating with The Heatwave on their second release, Jamaica has been illuminated by the shining sounds of UK Produced Dancehall in form of the track ‘London City’.

“‘Big Yard Studio’ was where I was introduced to The Heatwave crew. They played like 10 tracks for me and London city was like Number 4. So when they reach track 4 I was like ‘Yoo – Outta London City!’. I like this riddim. I like this authentic raw Dancehall feel. They wanted me to voice (record) the track the same day but I was ‘No, I’m gunna take my time because this song, is a very very good track.” Say’s Ding Dong. “The first Soundsystem to play the track London City were a sound from my community Nannyville .The selectors names were DJ Del and Dutty Dada. They played it first because I wanted to test it first before I went out there in the streets. And when they played ‘Yooo! the Forward (Reload) wave from the people which was amazing for the first time they played it.” It would seem that the song had an infectious appeal from the off.

As Ding Dong recalls – with that staggering reception to an unknown tune – it was just a matter of time before the rest of Jamaica got a taste of the flavour and it’s infectious appeal. “The DJ Chrome on Sick FM – this major radio station, one of the top stations in Jamaica – he premiered it on Radio; crazy vibe! Everyone was jumping on after that. Everybody’s moving on it right now, it’s moving.” Say’s Ding Dong. It was a wrap after this. People were talking, Soundsystems were calling and everyone wanted ‘London City’ for their set, shows and selections. “To see a tune that we made; we built – in East London – getting played in dances in Jamaica. With the real proper Jamaican soundman shouting over the top – mad! That’s a dream come true, straight. I think the message is connecting with people. It’s getting played because I think people relate – which is often why tunes do well in Jamaica is if the content relates to people and it’s often some quite serious issues – like reality issues. And I think of this as a reality tune and that’s why it’s resonating with people.” Say’s Ben, Chief Mic-Man for The Heatwave.

The track’s made noise in Jamaica since it landed and with The Heatwave taking their electric Bashment experience across the plethora of national and global fezzy’s this season and i’m sure, the song will be sunning the ravers and continuing to light up the dancefloors this summer. Since it’s already been premiered and championed by Mista Jam on 1xtra & and hailed up and supported by the UK’s most credible, influential and important Dancehall DJ David Rodigan. “We’re working on remixes at the moment – which is all under wraps for now. But there should be one or two remixes from different producers, plus we’re looking to use UK artists with different perspectives on the ‘London City’ theme.” Say’s Gabriel – the selector and founder of The Heatwave. “We got a few more singles to come that we recorded in Jamaica in January. Jamaican artists plus we bumped into Stylo G out there and recorded with him so that’s coming.”

In addition to putting The Heatwave firmly on the map as bonafide Bashment producers in Jamaica – and subsequently the world – this track is just the beginning, as Gabriel explains. “What we’re keen to do with the UK artists is put them back on the map in Jamaica. With some collabs and get back to that state where Dancehall was in in the 80s and 90s. Where you had this cross pollination going on where Jamaican style was getting picked up in England artists flipping it and doing there own styles and that getting picked up in Jamaica. Record labels like Fashion Records, Green Sleeves, UK Bubblers that were doing big things in the 80s. That stage where you had UK Dancehall artists coming out on English labels with the labels pushing the sound not just in England, but in europe and around the world. That’s a thing we’re looking to do as well with our Heatwax Label.”

In spite of the recent series of catastrophic national events – and widespread civil unrest – with all the exciting music that’s coming out of the UK today, this is another contribution to what is otherwise a nationwide movement. “Biggup to all the people who’re doing Afrobeats because that’s moving right now.” Say’s Ding Dong on his thoughts on the scene over here which speaks volumes about that particular area of affairs.  The UK is developing and in some regards dominating the music realm of global attention. A leading light in creativity and diversity when you consider Grime, UK Afrobeats, UK Drill, Afroswing – and even man like Ed Sheeran to keep it one hundred – making ‘London City’ by The Heatwave featuring Jamaican Dancehall Legend Ding Dong another force intensifying the British Heat Wave.